The making of a winning business pitch

The making of a winning business pitch 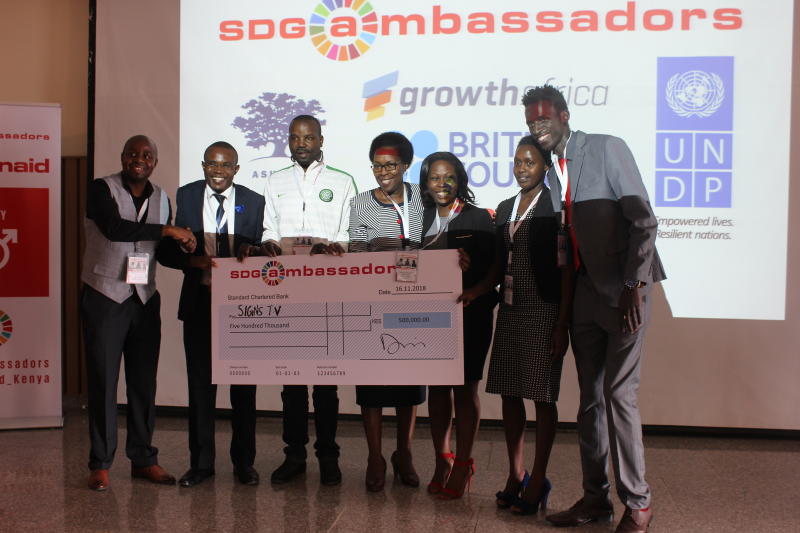 Each of the six winners of the Action Aid award walked away with a Sh500,000 seed fund. They were the best on the list of more than 150 social entrepreneurs who entered the NGO’s SDG Ambassadors case competition programme that was announced in July. Mentorthon FOundation was one of the winners

In addition to the seed fund, the entrepreneurs, whose enterprises seek to bring social change in their communities, will receive customised mentorship from business moguls to scale up their social impact.
“Each of the enterprises that won had something to offer to the most vulnerable members of the society. We are supporting a crop of social entrepreneurs who are not just focused on making profit but those who seek to impact the communities in which they operate,” said Action Aid Kenya Project Manager Mathias Kure.
The winners shared their stories and tips that worked for them during the 10-minute pitch.
Mentorthon: We researched into the night
Tim Kipchumba found inspiration to start Mentorthon, a national project where professionals, brands, entrepreneurs, and leaders mentor high school students when he was still in high school.
Tim drew inspiration from a speech delivered by a university student during one of his school’s mentorship programmes.

He would later get a scholarship to study at Strathmore University where he graduated with a distinction and later complete a Master’s degree, co-authored two books and co-found Questworks.

“My colleague Oscar Kimani and I prepared into the night prior to the event. Oscar printed small decks for cues during the presentation. We anticipated questions and focused our pitch on showing the problems facing high school students and, generally, young people, and how intervention was going to change the situation in the long run. The judges believed in our cause,” he says, explaining what worked for them in their pitch.
Mantle Africa: We kept the pitch simple
30-year-old Benito Mckenzie co-founded Mantle Africa, a micro asset investment firm that leases motorbikes to riders and allows them full ownership after a year. He says most riders in Kenya, looking to make a living from the venture only lease the motorbikes for as long as they stay on the road.

“I was once carried by a cyclist who shared with me how if he had a motorbike of his own his life would change due to the increased income he would get and the efficiency it has over a bicycle. I was touched and after some research, I found out that cyclists were unable to receive bank loans to purchase motorbikes. I saw a vision of starting my own bank to enable this financial inclusion,” says Mckenzie.

And so, armed with one motorbike in 2013, Mckenzie started the investment firm that now offers clients a new motorbike, a comprehensive insurance and a medical cover. The riders are also given 1,000 disposable and re-usable helmet liners for clients who don’t like using helmets citing hygiene complications.

“Our first client has 10 motorbikes and is currently running a very big delivery business,” says Benito.

But what worked for him during the Friday pitch? “I was genuine and had to tell our story as simple as possible. I live on the K.I.S.S principle. Keep It Strictly Simple. We told our story, we showed the impact we had, we shared our dreams, we shared our journey and we showed the judges our future and how when we talk about wholesome financial inclusion, we are going the whole 100 yards. We are making impact investments the real way.”

Stephen Maina, 32, co-founded BTI Millman, a technology company that would later give rise to Imara TV from a university hostel.
Since its inception, Imara TV has generated over Sh2.9 million in sponsorships and paid advertising from non-profit organisations that create awareness on reproductive health.

This was in 2010 and Maina, then a student at the University of Nairobi, together with two other students started developing custom mobile and web software solutions.

In 2016, when the United Nations Population Fund, the Ministry of Health, the UKAid and the Nailab Accelerator challenged Kenyan youth innovators to find sustainable solutions to the sexual and reproductive health crisis in Kenya, Maina presented an idea that would later win them a Sh1 million seed funding that went into online content for Imara TV. Maina says telling a story that resonated with the funders earned Imara TV the coveted Sh500,000 prize.

“We believe the story told by one of us who survived early marriage in the Korogocho slums of Nairobi to join a film making youth group and now is on her way to becoming an accomplished actress, best told our story and earned us victory,” he says.

Mucho Mangoes: My passion and resilience worked for me
Didas Mzirai spent his childhood with his grandmother, picking mangoes in Taveta for an export company. He says it was the sole means of income after he was neglected by his parents who bore him out of wedlock.
“We relied on mangoes for survival and it, therefore, hurt when we were sent away with fruits that didn’t meet export standards,” he says.
When he later started Mucho Mangoes, a company that empowers mango farmers, his aim was to equip farmers with farming skills. This would see them produce high quality mangoes that met international standards and value addition techniques that would see them make a variety of products that have longer shelf life. All the 36-year-old needed to start the company was Sh16,000 seed fund from Spark International.

Though Mucho Mangoes had a turnover of Sh2,230,320 in 2017, Mzirai says the company is yet to break even.He believes telling his story of resilience worked for him during the Friday pitch.

Signs TV: We demonstrated the nobility of our idea
Luke Kizito grew up with a deaf sister who could not enjoy entertainment on TV or radio, as they failed to give the deaf a chance. This is what inspired Luke, now 37, to start the first ever deaf television channel in Africa.
Founded in 2011, with the aim to train the deaf on how to do music as a hobby, Signs TV now airs social, economic, political and talent development of persons with disabilities.

Luke says the biggest challenge that Signs TV has faced since it started broadcasting in February is earning trust from corporate firms.
He says venturing into an idea never explored before is what worked for them through the competition. “We demonstrated the nobility of the idea as a social enterprise working on the spirit of leaving no one behind. We are the only TV in Africa doing this,” said Luke. 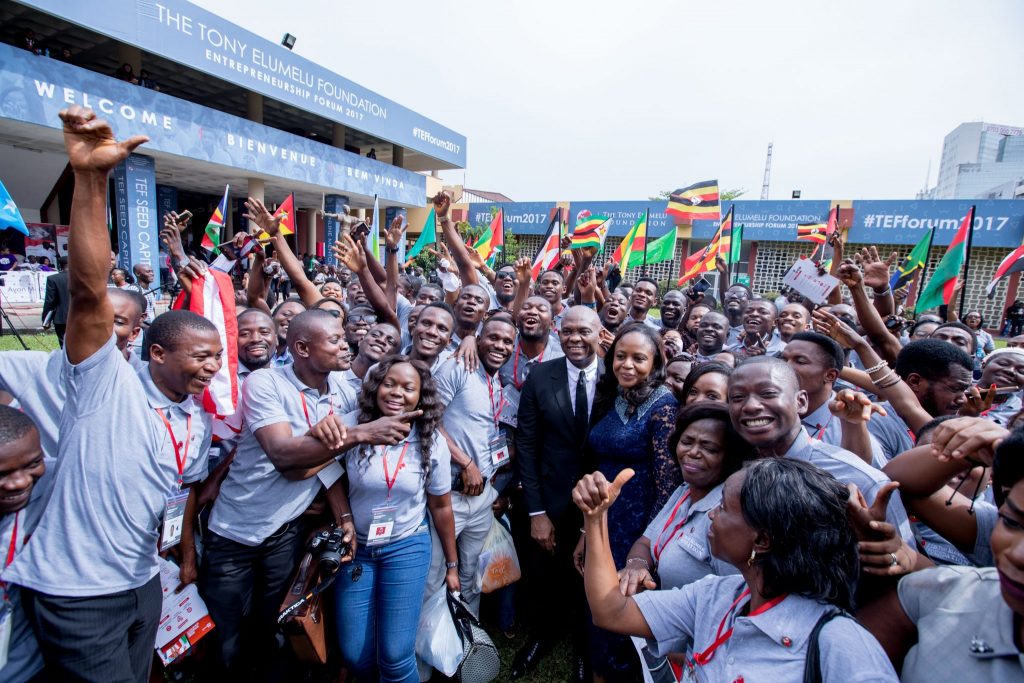 ENTERPRISE : Apply for the TEF Program 2020